This article was written by Monica Beyer and was first published on the website Medical News Today on 31 March 2019.

Researchers from the University of Illinois at Urbana-Champaign tested “thermally abused frying oil,” which is cooking oil that has undergone reheating to high temperatures multiple times, in laboratory mice and found that it increased metastatic breast cancer growth.

The team reported these findings in the journal Cancer Prevention Research.

The scientists fed all of the lab mice a low-fat diet for a week. Then, they gave some of the mice unheated fresh soybean oil for 16 weeks while the rest ingested thermally abused oil instead.

They chose to use soybean oil because the restaurant industry commonly uses it for deep frying.

The effects of reused oil

There were also more lung metastases in the former group. Lead researcher William G. Helferich, a professor of food science and human nutrition, noted that there were twice as many lung tumors, which were also more aggressive and invasive than those in the fresh-oil group.

“I just assumed these nodules in the lungs were little clones — but they weren’t,” says Helferich. “They’d undergone transformation to become more aggressive. The metastases in the fresh-oil group were there, but they weren’t as invasive or aggressive, and the proliferation wasn’t as extensive.”

Breast cancer occurs when cells in the breast grow out of control and form a tumor. If the cells are capable of invading the surrounding tissue or spreading to other areas of the body, doctors deem the disease to be malignant. Breast cancer is not exclusive to women — although it is rare, it can affect men as well.

Breast cancer rates in the United States have increased by 0.4 percent a year over recent years.

Why reheated oil may be bad

The repeated reheating of cooking oil changes its composition and releases acrolein, which is a toxic and potentially carcinogenic chemical.

Restaurants and other food outlets often reuse soybean oil multiple times before replacing it with fresh oil in the frying vats.
These factors are what led the researchers to investigate whether thermally abused oil could have any effect on breast cancer growth. Although the results are preliminary, they add to a knowledge base that will grow deeper as research in this area continues.

“Many cancer biologists are trying to understand what’s happening at metastatic sites to prime them for tumor growth,” notes co-lead author and graduate student Ashley W. Oyirifi. “We’re trying to add to this conversation and help people understand that it might not be just some inherent biological mechanism but a lifestyle factor. If diet provides an opportunity to reduce breast cancer survivors’ risk, it offers them agency over their own health”, she adds.

In celebration of this year’s National Chemistry Week, the Integrated Chemists of the Philippines (ICP) has organized a seminar-workshop on Practical and Cost-Effective Solutions to Laboratory Chemical Wastes held on 18 February 2019 at the Century Park Hotel in Manila. The event was well-attended by around 350 participants coming in from all parts of the country and representing diverse chemical sectors such as those working in the industry setting, educational institutions, government agencies, among others. 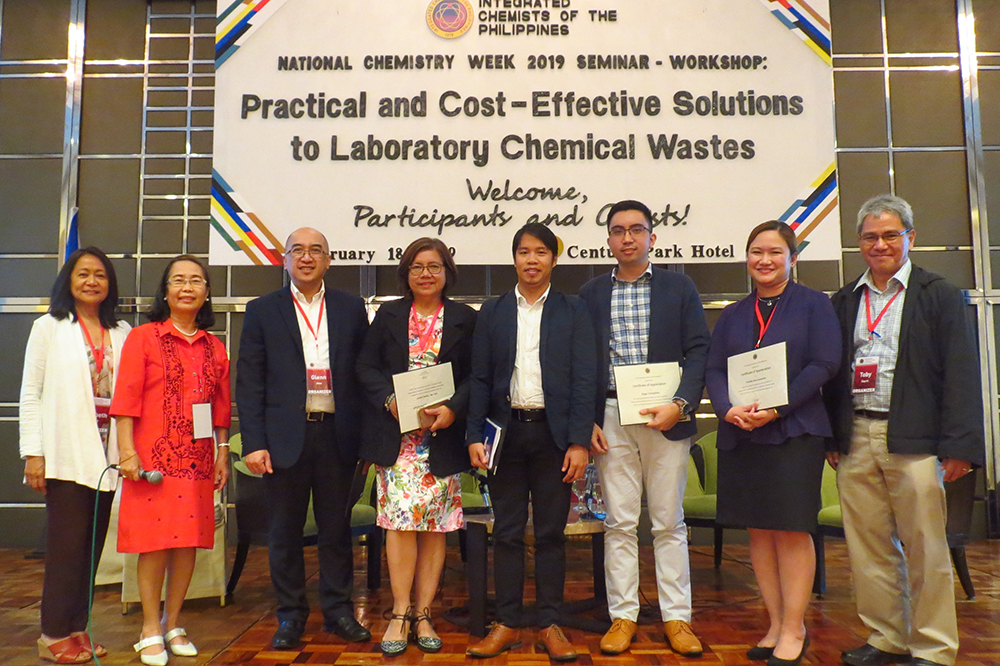 Five well-versed speakers kept the participants abreast on the latest developments and updates regarding the said topic. Mr Roger Evangelista (Environmental Management Bureau) discussed extensively the newly-updated regulations on how to effectively manage the hazardous wastes of chemical laboratories. He also informed the participants regarding the important role of the Department of Environment and Natural Resources in monitoring generators, transporters, and treaters of hazardous waste for the benefit of stakeholders and the community at large.

Mr Johanne Guilaran (Jefcor Laboratories) discussed extensively on the classification of hazardous wastes. He also mentioned ways on how laboratories can minimize the chemical wastes they generate. Ms Priscilla Alice Samonte (Nuevochem Specialties) gave practical information on how laboratory personnel would handle and store their chemical wastes. She stressed on the importance of segregation, using proper labels, and periodic inspection of stored wastes.

The Honorable Ma. Teresa Cayton (Board of Chemistry, Professional Regulation Commission) tackled on the proper disposal and treatment of chemical wastes. She also reported on the latest figures regarding laboratories who are faithfully complying with the Chemistry Profession Act of 2015, and showed some examples on how laboratories practice either good or bad waste management.

Lastly, Dr Glenn Alea (De La Salle University) emphasized on the safety practices that all laboratory personnel must follow while inside their respective chemical laboratory, such as the dynamic role of both employer and employees on laboratory safety, and how a company’s chemical safety manual must be regularly reviewed and updated.

Certainly, the participants gained a plethora of knowledge and practical wisdom on how to further improve their laboratory waste management. The ICP would like to express its most sincere gratitude to them for attending this event and making it successful.

Every year, the Professional Regulation Commission (PRC) honors the outstanding professional from each profession during the PRC Week which is held every June. We would like to invite ICP members to nominate individuals for the honor of Outstanding Chemist of 2019.

The Outstanding Chemist can come from government, industry or academe. The evidence for outstanding performance will depend on the sector where the nominee comes from. The nominees have to be evaluated and endorsed by ICP. The deadline for submission to ICP is on February 28 (Thursday).

For relevant forms and further details, kindly contact the ICP via email (integratedchemists@gmail.com).

Let us recognize the outstanding chemists among us! 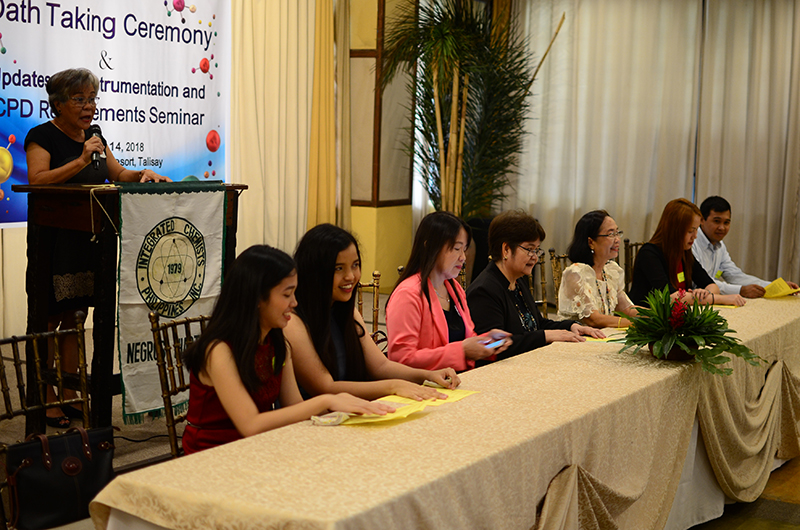 The Bacolod chapter of the Integrated Chemists of the Philippines (ICP), under the leadership of its chapter president Ms Roselyn Usero, has successfully organized two events on 14 December 2018 at the Nature’s Village Resort in Talisay, Negros Occidental. 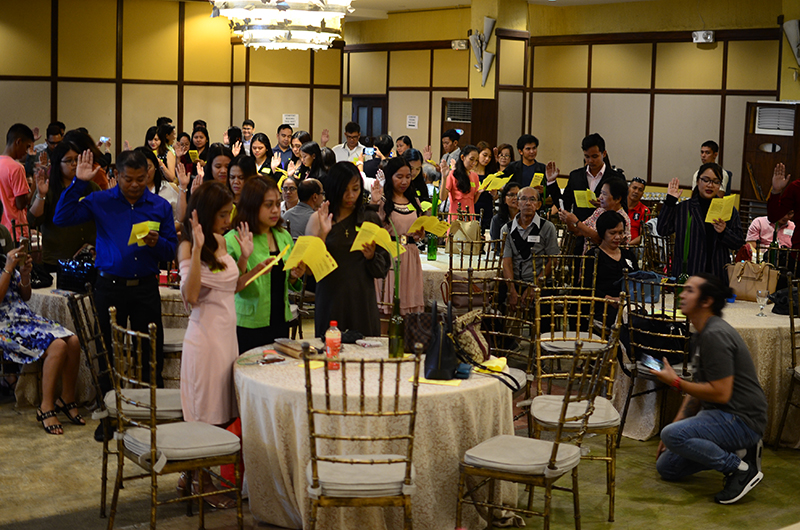 The morning event was the regional oath-taking ceremony of new chemists and chemical technicians in the area. A total of five chemists and seventy chemical technicians were inducted in the event, witnessed by their respective families, friends, and colleagues. The ceremony’s motivational speaker was ICP’s Vice-President for External Affairs Ms. Edna Mijares, where she discussed the different career paths for the newly-licensed professionals. She also challenged them to blaze new trails to further uplift the state of the country’s chemistry profession. Also gracing the event was Hon. Adoracion Resurreccion, chair of the Board of Chemistry.

Meanwhile, a seminar on instrumentation and CPD updates was held in the afternoon session, which was well attended by chemists, chemical technicians, and other professionals who are working in the region. Mr. Edward Santos of Agilent Technologies discussed gas and liquid chromatography solutions, while Ms. Edna Mijares updated the audience regarding CPD requirements. A question-and-answer portion was allotted afterwards, where the audience’s queries regarding the Chemistry Profession Act, hazard pay, and other professional matters were addressed. 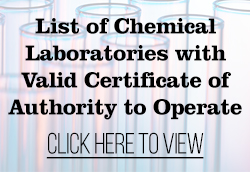