The newly-reorganized ICP-Bacolod Chapter marked its re-inauguration with a Seminar on Chemical Waste Management which was held at Sugarland Hotel, Bacolod City, last December 7, 2012. ICP-Bacolod was formerly known as ICP-Negros. 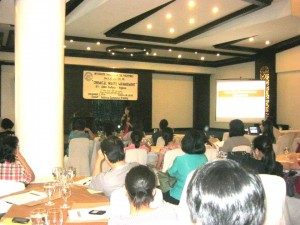 The guest resource speaker for the seminar was Ms. Edna C. Mijares, Vice President of ICP-National and President and CEO of JEFCOR Laboratories.  The seminar attracted a big audience from industry (sugarmills, distilleries, bottling plants, and others), academe, research institutions, hospitals, clinical labs and government agencies. 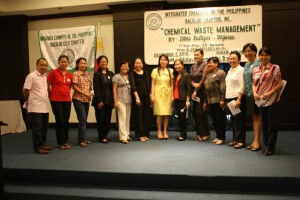 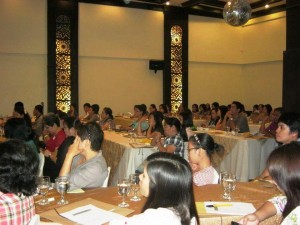 The event, which was sponsored by Molave Trading, was the perfect venue for rekindling the ties between ICP-Bacolod and ICP-National. The new set of officers expressed their commitment to give their full support and participation in the plans and programs of ICP-National.

ICP-Bacolod looks forward to more activities next year to boost the morale of not only licensed chemists but associate members as well to make ICP-Bacolod active again, productive and sustainable.
Another challenge for ICP-Bacolod is to produce more chemists in Negros and to revive hope as the organization continues to believe that the Chemistry profession will make a radical recovery back to the level where it once was.