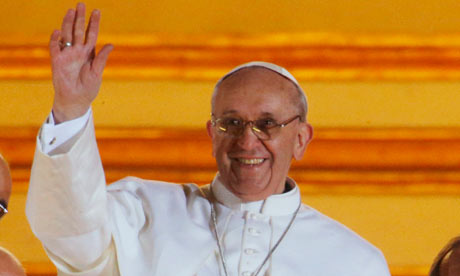 Interestingly, the new pope Francis was initially a chemist by training.  He graduated from a technical secondary school as a chemical technician and then, at the age of 21, decided to become a priest.  He has a master’s degree in chemistry at the University of Buenos Aires, and was ordained a priest in 1969.  The coming days will, no doubt, reveal more about the new pope’s views on important social issues, and his views on scientific progress in the 21st century (given his early scientific training) will surely prove interesting to follow.
Posted in News.