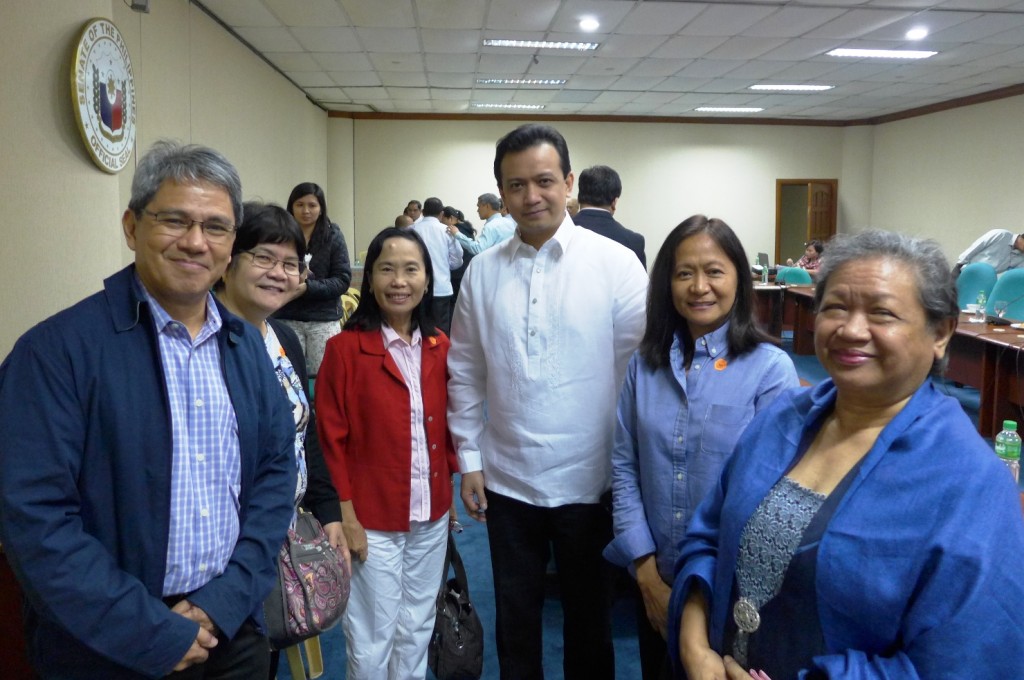 The Senate Committee on Civil Service and Government Reorganization, under the chairmanship of Senator Antonio Trillanes IV conducted a public hearing on the proposed revision of the Chemistry Law on January 27, 2014, at the Senate Building.

Dr. Adoracion Resurreccion, chair of the Board of Chemistry, attended the public hearing representing the Professional Regulation Commission. The Board of Chemistry manifested its support for SB 914.  Also present to endorse SB 914 were the officers of the ICP, Dr. Fabian Dayrit (president), Ms. Edna Mijares (vice-president), and Dr. Lilibeth Coo (treasurer). Dr. Aida Aguinaldo, Outstanding Chemistry professional for 2004, also attended the public hearing to show her support.

The bill will be finalized by a technical working group before being presented again in another public hearing. A House version of the bill has also been filed by Congresswoman Victoria Isabel Noel and is awaiting public hearing at the Batasan.

View the Board Position on the Senate Bill 914 HERE.