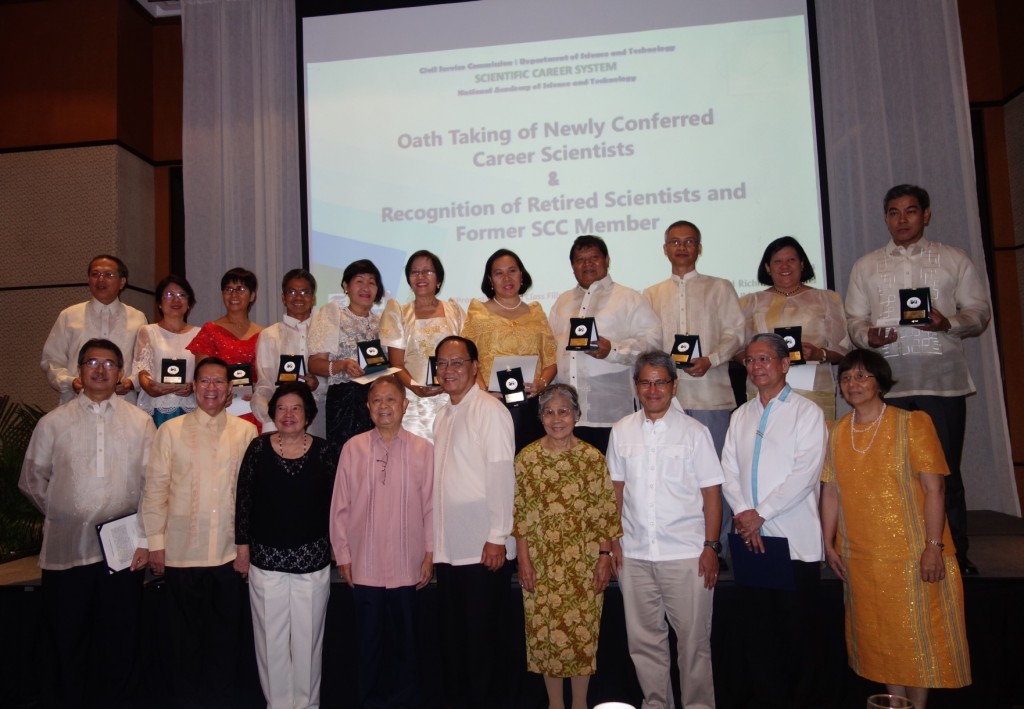 Dr. Susan May F. Calumpang of the National Crop Protection Center, UP Los Baños, was admitted into the Scientific Career System (SCS) with the rank of Scientist 1 during the oath-taking Ceremony held on July 19, 2013. She was sworn in by CSC Chairman Francisco T. Duque III at the Eastwood Richmonde Hotel on June 30, 2014.

Dr. Calumpang was recognized for her significant contributions and scientific publications which identified concerns regarding the agricultural use of pesticides, as well as risk management measures to mitigate their risks to farmers and consumers. She provided pesticide risk managers with tools for risk management and communication and produced a manual on Good Agricultural Practices and the Philippine National Standards for mango.

Dr. Calumpang obtained her PhD from the Tokyo University of Agriculture under a JSPS RONPAKU Program. She specializes in Chemical Ecology and Pesticide Management.

The Scientific Career System is part of the Philippine government’s effort to establish a recognition and reward system for highly productive scientists in government. Scientists conferred under the SCS are entitled to automatic increase in salary grade corresponding to the rank, benefits and entitlements under Republic Act 8439, otherwise known as the Magna Carta for Scientists, Engineers, Researchers and other S&T-related Personnel in Government.  There are five ranks under the SCS.