I am pleased to inform everyone that the Chemistry Bill was finally interpellated on the Senate floor [September 3] and was passed pending final edits which should be submitted by Monday [September 8]. 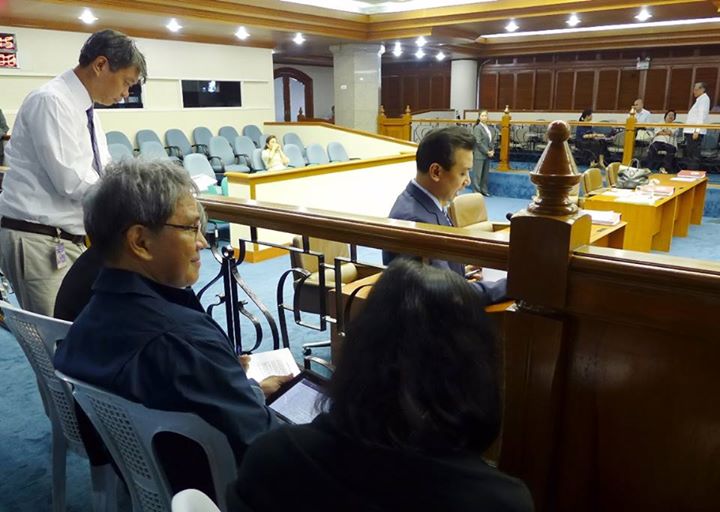 This was the fourth time that we were on the agenda. Unfortunately, during the last three sessions, the discussion did not reach the Chemistry Bill because of so many things which are regularly inserted in the Senate session, including resolutions to congratulate people followed by a lot of photo sessions! Yesterday [September 2] was Grace Poe’s birthday, so the session was suspended to allow senators to greet her. Then all of our young athletes [that competed in the 2014 Nanjing Youth Olympic Games] and their families came to be congratulated, including German Moreno who had a nephew for an awardee. By this time, it was already 4:30pm, and the Senate has the practice of ending at 5:00pm.

Fortunately, the Chem Bill made it to the last item on the agenda. Sen. Antonio Trillanes presented the Chem Bill and the interpellation went well. Corrections and revisions were proposed and accepted. The bill will be finalized and resubmitted on Monday. This will then be transmitted to the Lower House. 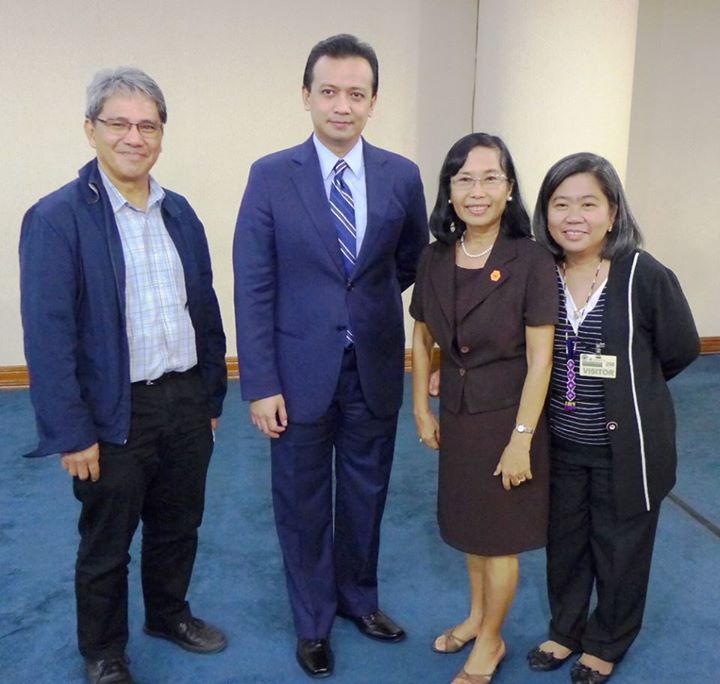 We should be thankful for the support of Sen. Trillanes and his staff. He told us that last year, [Senator Juan Ponce] Enrile simply blocked all of the bills filed by the Committee on Civil Service which was chaired by Trillanes.

I would like to thank everyone who took the time and effort to be attend the Senate sessions: Dory Resurreccion, Edna Mijares, Armand Guidote, Glenn Alea, and Linda Torres. Thanks also to Elsa Florendo of CHED who has supported us in both the Senate and House.