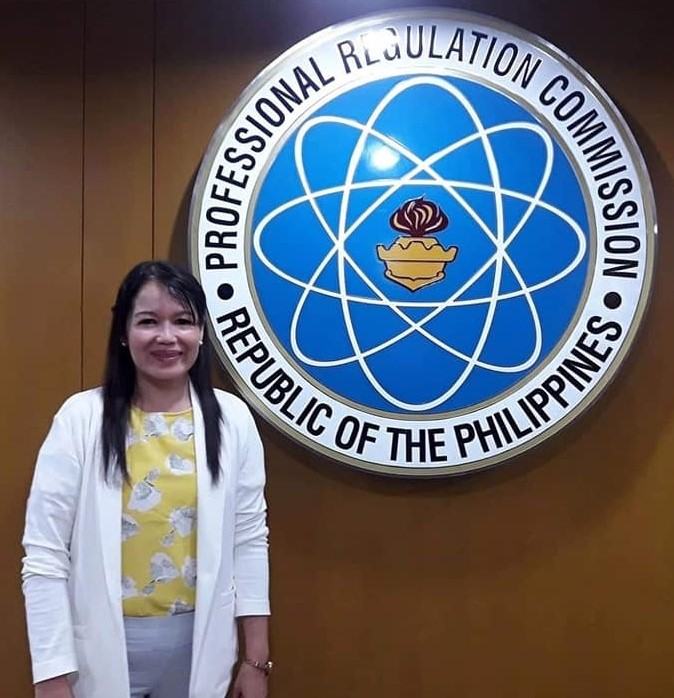 The Integrated Chemists of the Philippines (ICP), the accredited professional organization of registered chemists and registered technicians in the country, has the honor of announcing that the Outstanding Chemist of 2019, bestowed by the Professional Regulation Commission, is awarded to Ms Roselyn Usero.

Ms Usero holds a BS-Chemistry degree from the Colegio San Agustin and a master’s degree in environmental engineering from the University of St. La Salle, both in Bacolod City, Negros Occidental. She specializes in analytical chemistry, environmental engineering, industrial microbiology, aquaculture, and shrimp culture. She initially worked as a chemical analyst for numerous Bacolod-based companies and has also rendered service to her alma mater Colegio San Agustin as a part-time chemistry faculty. Presently, Ms Usero is the laboratory head and manager of the Negros Prawn Producers Cooperative Analytical and Diagnostic Laboratory (NPPCADL) and teaches courses in the MS-Fisheries program at the Northern Negros State College of Science and Technology in Sagay City, Negros Occidental. In addition, she is a sought-after technical speaker in some notable gatherings in the country such as the Philippine Shrimp Congress and the Caraga Shrimp Forum and has also participated in various local and international conferences.

Ms Usero also made significant contributions to NPPCADL. As its manager, NPPCADL became the first and only private laboratory in the Western Visayas region duly recognized by the Department of Natural Resources’s Environmental Management Bureau; received a Laboratory of Excellence certificate from the Environment Resource Associates in Colorado, USA for achieving 100% acceptable data for environmental parameters for water and wastewater; became a licensed soils laboratory by the Bureau of Soils and Water Management; and became the first laboratory in Negros island to be given an ISO/IEC 17025 accreditation. To cater to the needs of the community, Ms Usero utilized NPPCADL to provide high-quality analytical services to individuals or groups conducting research projects and to serve as an on-the-job training site for senior high school students in Bacolod and nearby cities.

Ms Usero is the president of the ICP Bacolod Chapter since 2013. Through her utmost dedication, ICP Bacolod has prospered, manifested by a steady increase in the said chapter’s membership and the active attendance of its members during seminars and workshops that the chapter regularly organizes. She has been actively promoting the chemistry profession in secondary schools, enticing the students to choose a career in chemistry. In 2017, in partnership with the Technological University of the Philippines Visayas Campus, ICP-Bacolod spearheaded a review session for examinees of the inaugural chemical technician licensure examination, with the aim of professionalizing the employees of chemical laboratories in Negros island in response to the Chemistry Profession Act of 2015. Aside from being the lead organizer of this review session, Ms Usero also taught the analytical chemistry portion to the examinees. This review session was proven to be instrumental as it produced four of the Top 10 passers (two second-placers, one seventh-placer, one eighth-placer), and garnered an impressive 95% passing rate among those who have participated. The review session was conducted yet again in 2018, which resulted to even more licensed chemical technicians in the area.

Copyright © 2011 – 2019
Integrated Chemists of the Philippines.
All rights reserved.